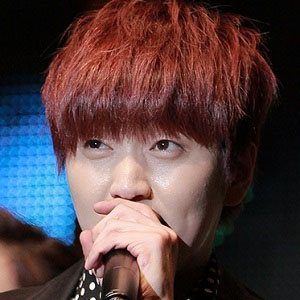 Famous for his membership in the all-male South Korean pop group B1A4, the vocalist known as Sandeul contributed to a number of the band's albums, including Who Am I and Ignition.

He made his public debut with B1A4 in an April 2011 episode of the MBC variety program Show! Music Core.

He made a cameo appearance in the 2013 drama JTBC Can't Take it Anymore.

Born Lee Jung Hwan, he grew up in Busan and Seoul, South Korea.

He and Gongchan both rose to fame as members of B1A4.

Sandeul Is A Member Of