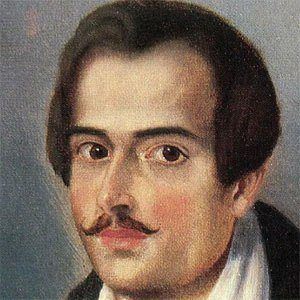 Hungarian writer who was considered Hungary's national poet and an important figure during the Hungarian Revolution of 1848.

He went to college at Papa and published one of his first poems, A Borozo, in 1842.

He wrote the Nemzeti dal which is believed to have inspired the revolution in the Kingdom of Hungary that led to a war for independence from the Austrian Empire.

He married Julia Szendrey, and they had a child named Zoltan.

Boris Pasternak produced translations of his poems into the Russian language in the 1940s.

Sandor Petofi Is A Member Of