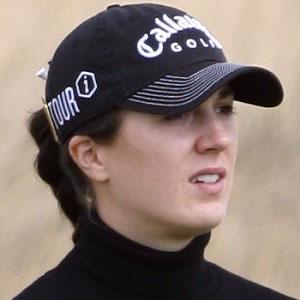 German golfer who earned her first LPGA Tour victory at the 2011 Kia Classic, where she bested South Korea's Jiyai Shin by a single stroke. Her other accomplishments include coming in third at the 2012 U.S Open and winning the 2011 Solheim Cup representing Europe.

She joined the German national team at age 17 and won the German National Girls Championship the following year. She later played golf at the University of Florida for 3 years.

Her parents are Jan and Alexandra Gal.

She and Sweden's Anna Nordqvist were teammates at the 2011 European Solheim Cup.

Sandra Gal Is A Member Of