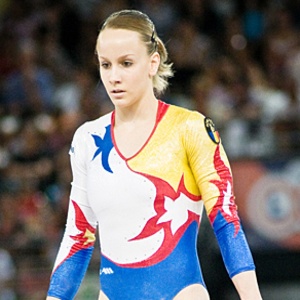 Romanian gymnast who is best recognized for being a double Olympic Champion for the Romanian national team. She is also an influencer and model and shares photos from her life through Instagram for her over 60,000 followers.

She first started gaining attention for her gymnastics in 2006 when she competed in the European Women's Artistic Gymnastics Championships. Her social media presence began in March of 2014 when she started posting to Instagram.

She was born and raised in Bucharest, Romania and shared a photo with her parents through Instagram in April 2017.

She shared a photo with fellow gymnast Marian Dragulescu through her Instagram in April 2017.

Sandra Izbașa Is A Member Of