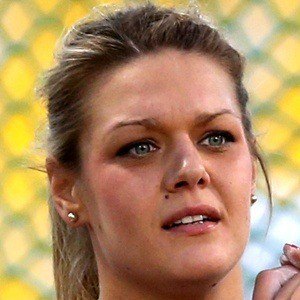 Track and field champion who competed in the Olympics since 2010. She does dicus throwing and won a gold medal at the Summer Olympics in 2016.

She started doing athletics when she was in second grade.

She won silver medals in the European Junior Championships in 2007.

She is from Zagreb, Croatia.

Someone else who competed in the Summer Olympics in 2012 was Justin Gatlin.

Sandra Perkovic Is A Member Of