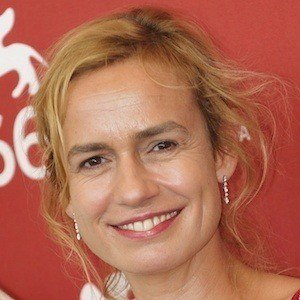 Actress who became hugely respected in her native France for her roles in such films as Monsieur Hire (1989), Intimate Strangers (2004) and Heaven Will Wait (2016). She won the César Award for Best Actress for her performance in the film Vagabond (1985).

She made her directorial debut with the documentary Her Name is Sabine (2011), which earned her nominations at the César Awards, Cannes Film Festival, and more.

She co-starred with Isabelle Huppert in the thriller La Cérémonie (1995).

Sandrine Bonnaire Is A Member Of