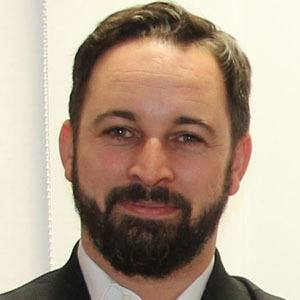 Spanish politician who began serving as the leader of the Vox political party in 2014. He had previously served in the Basque Parliament and been a member of the People's Party.

He graduated from the University of Deusto with a sociology degree in 2003.

He is the creator of the Foundation for the Defense of the Spanish Nation.

His father and grandfather were also politicians. He married blogger Lidia Bedman, with whom has several children.

He and Javier Ignacio Maroto Aranzabal both served in the Basque Parliament.

Santiago Abascal Is A Member Of