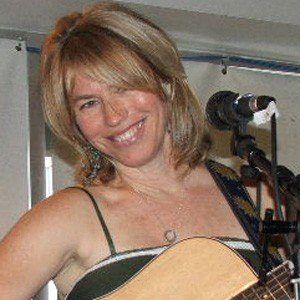 Rock, folk, pop, and children's music musician who had a prolific recording career with solo and collaborative albums.

She graduated with a degree in painting from North Texas State University in 1986.

She was appointed the 2010 Texas State Musician by the Texas State Commission of the Arts.

She married Lance Schriner. The couple had two daughters together.

She toured with Nanci Griffith, and she was covered by fellow artists like Willie Nelson.

Sara Hickman Is A Member Of