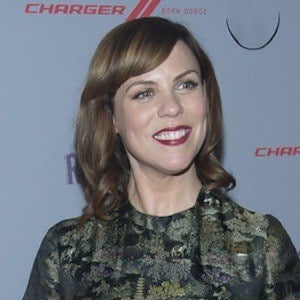 Actress who is known for appearing in a variety of television and film. She is most recognized for her role as the character Hailey in the 2009 film I Love You, Man.

Prior to her film career, she performed as Barney on television. She then became a part of the Upright Citizen's Brigade Theatre in New York. She then received her debut role in television in the 2004 television series Windy Acres.

In addition to her acting, she is also an amateur level chef who cooks in both New York and Los Angeles.

She starred in the film Life as We Know it alongside Katherine Heigl, Josh Duhamel, and Josh Lucas.

Life as We Know it
Desperados
I Love You, Man