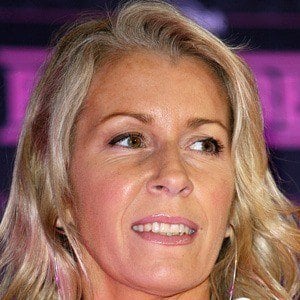 English singer best known for being a member of the musical group Bananarama and for singing on their debut record, Deep Sea Skiving, in 1983.

She studied journalism at the London College of Fashion before helping found Bananarama.

She was born in Bristol.

She was once engaged to fellow Bananarama dancer, Bassey Walker, and they had a daughter, Alice, in 1991.

She is the second cousin of author and director, Stephen Merchant.

Sara Dallin Is A Member Of