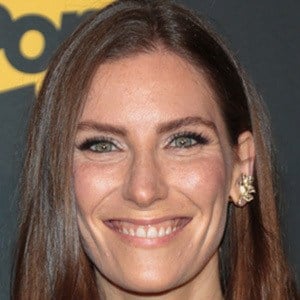 Actress who has risen to fame for her role as Twyla Sands on the popular Canadian sitcom Schitt's Creek. She has starred throughout the show's entire run beginning in 2015 alongside her father Eugene Levy.

She studied theater as a student at Dalhousie University.

She worked as her father Eugene Levy's assistant on the 2005 comedy film Cheaper by the Dozen 2 while also playing a minor cameo role. She appeared in the 2011 film Larry Crowne.

Her mother is Deborah Divine. Her brother is TV personality and comedian Dan Levy.

She has starred with Catherine O'Hara on the popular TV series Schitt's Creek.

Sarah Levy Is A Member Of