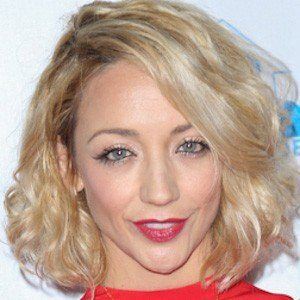 Actress and dancer with film credits in 2009's The Grind, 2015's Soaked in Bleach and the Academy Award Best Picture winner The Artist. She starred in Hollywood Acting Studio in 2013-2014.

After to moving with her family Colleyville, Texas, she began training as a dancer, and competing with a professional company from the age of 13.

She began acting in small theaters and comedy clubs while attending the Steinhardt School of Media, Culture, and Communication at New York University. Additionally, she completed the Shakespearean program at the Royal Academy of Dramatic Art in London.

She married Michael Alperin in September of 2014. Her father Gary Scott is of French, German, and English descent while her mother Marion is of Irish and Slovenian descent. She has two younger sisters.

Her debut television appearance was on the acclaimed comedy series Arrested Development as the doppelganger of Judy Greer's character Kitty.

Sarah Scott Is A Member Of