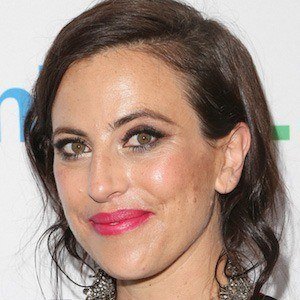 Writer and director who became best known for co-creating the Lifetime series UnREAL. The show is based on a short film she wrote and directed called Sequin Raze. In 2012, she became one of eight women selected to be a part of the American Film Institute's Directing Workshop for Women.

She began writing a book called Ergant Cries Ignored when she was just five years old. She attended a film class at Santa Barbara City College when she was 16, deciding then that she wanted to be a director. She got her bachelor of arts in fiction writing and filmmaking from Sarah Lawrence College.

She has worked on the reality shows High School Reunion and The Bachelor, both as a producer.

One of her siblings is Elizabeth Shapiro-Garza. Her father Perry was a professor and her mother's name is Diane Wolf.

Marti Nixon is her co-creator on the show UnREAL.

Sarah Gertrude Shapiro Is A Member Of