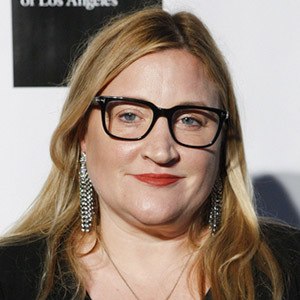 American actress who is best known for her television roles and voice acting work. She is best recognized for having played Coach Cherri Wolf on the series Strangers with Candy and for having voiced multiple characters on the Netflix original series All Hail King Julien.

She started her acting career as a member of the Upright Citizens Brigade improv group. She then made her acting debut in the 1998 feature film The Thin Pink Line.

She is also known for having written a memoir about her childhood titled Dark at the Roots which was published by Counterpoint Press.

She married television host Andy Richter in 1994 and together they have two children. Her sister Becky is also an actress.

She starred alongside Paul Dinello and Stephen Colbert on the television show Strangers with Candy.

Sarah Thyre Is A Member Of