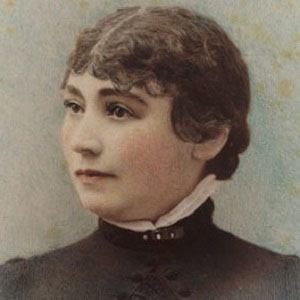 Famous for ordering the construction of a unique California estate known as the Winchester Mystery House, she oversaw four decades of continuous additions to the mansion because she believed her family was cursed and took the word of a psychic medium that tragedy would ensue if the labyrinthine home was ever completed.

Upon her husband's death of tuberculosis in early 1881, she was given ownership of half of the Winchester Company, meaning that she lived on approximately one thousand dollars per day (which, in 2015, would equal close to 25,000 dollars a day).

Although Winchester's biographer disputes the claim, legend holds it that, due to Winchester's obsession with the number thirteen, many architectural features of the Winchester Mystery House (such as bathrooms, windows, etc.) were constructed in numbers or clusters of thirteen.

Sarah Winchester Is A Member Of