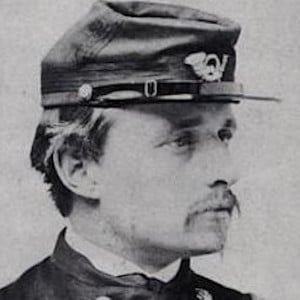 Union soldier who commanded the all-black 54th Massachusetts regiment during the American Civil War. He was killed in battle in 1863, but has been posthumously honored and memorialized for his solidarity with the black soldiers he commanded even though he was white.

From a well-to-do family of abolitionists, he enrolled in the Union Army on April 19, 1861 and was made a second lieutenant five weeks later.

He also became known for the letters he wrote during the war, more than 200 total, some of which detailed war crimes committed in Darien, Georgia. The collection is held at Harvard University.

He was born to Francis and Sarah Shaw. He married Anna Haggerty in May 1863, less than three months before he died.

The story of 54th regiment was the subject of the 1989 film Glory, which starred Matthew Broderick.

Robert Gould Shaw Is A Member Of