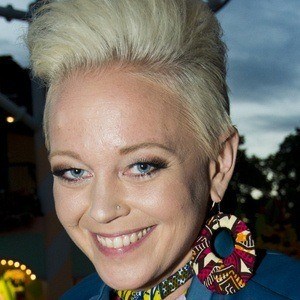 Swedish singer and songwriter most well known for competing in the 2016 Melodifestivalen. The song she competed with, "Kizunguzungu," peaked at #2 on the Swedish charts.

Her musical career began at the age of eighteen when she moved to Zimbabwe to perform in bands in Harare. Then, in 2014, she released her debut album Mblele Kiza.

In 2013, she placed second in the Global Rockstar competition with her single "Jambazi."

Born in Sweden, she moved to Tanzania with her family in 1985.

In the 2016 Melodifestivalen, she competed against winner Frans Jeppsson Wall.

SaRaha Is A Member Of