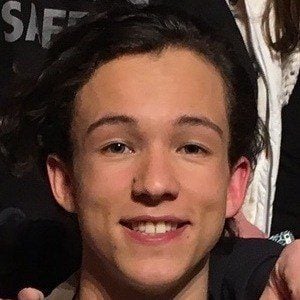 Swedish pop singer who became the second youngest person to win Melodifestivalen when he won the competition in 2016. The victory qualified him to represent his country in the 2016 Eurovision Song Contest.

He burst onto the music scene in 2006 when contributed vocals to the band Elias and their soccer-centric single "Who's da Man," which topped the Swedish charts for more than a dozen weeks.

He went on to top the charts again in 2008 with the song "Fotbollsfest." It would be another eight years before he topped the charts for a third time with "If I Were Sorry," the song that earned him the right to sing in Eurovision.

He's of Nigerian and Swedish descent and has a twin sister. He spent part of his youth growing up in London.

Carola Haggkvist is the only person to win the Melodifestivalen at a younger age than he did.

Frans Jeppsson Wall Is A Member Of