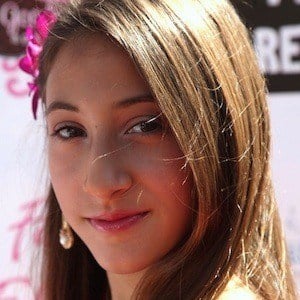 Dancer who arrived on the stage competing in the second season of Abby Lee Miller's Ultimate Dance Competition. As a result, she has earned herself a slew of awards and scholarships.

She got hooked to dancing at only five years old after she attended a dance class with one of her neighbors.

She has taken numerous national titles and has twice won Dancer of the Year. She also competed on Disney's Win, Lose or Draw.

Her mother Sharon also made an appearance in Abby's Ultimate Dance Competition. Her father's name is Leo.

Sarina Jassy Is A Member Of