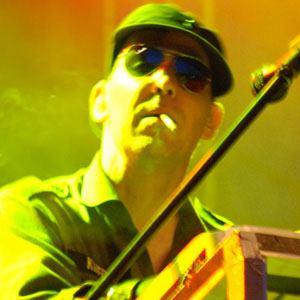 Best known as the frontman and a founding member of an industrial rock band called KMFDM, this German keyboard player, drummer, vocalist, guitarist, and bassist also performed with such side music groups as MDFMK and Excessive Force.

He founded KMFDM (originally called Kein Mehrheit Für Die Mitleid) in 1984, originally intending for the music project to be a piece of performance art rather than a long-lasting band.

Born in Hamburg, West Germany, he later lived in the American cities of Seattle, New York, and Chicago. He married vocalist and KMFDM bandmate in 2005.

He and musician Tim Skold were members of both KMFDM and its offshoot band, MDFMK.

Sascha Konietzko Is A Member Of