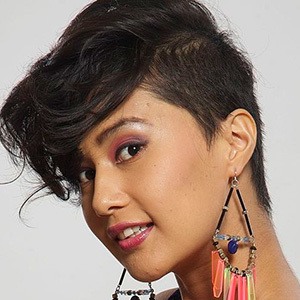 Indian pop singer who is known for her song "Besharam", which came out in December 2017. The music video for the song has been viewed over 270,000 times on YouTube.

She first gained fame by appearing in a commercial for the telecom company Airtel 4G.

She shares a birthday with fellow singer Corbyn Besson.

Sasha Chettri Is A Member Of