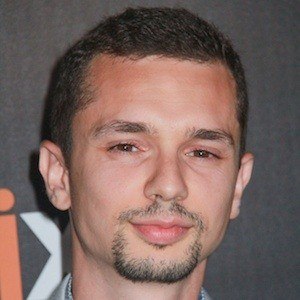 Film and television actor best known for his role as Angelo in 2017's Sun Records. He first became known playing Nikolai in Fresh Off the Plane.

His first screen acting role was in the 2009 short film Awkward Courage.

He has had guest roles in a number of popular television shows including Filthy Preppy Teen$ and Hawaii Five-0.

Born in Bazu, Azerbaijan, he moved to Oakland, California at the age of two.

In the Playstation series Powers, he played the younger counterpart of Noah Taylor's character Johnny Royalle.

Sasha Feldman Is A Member Of