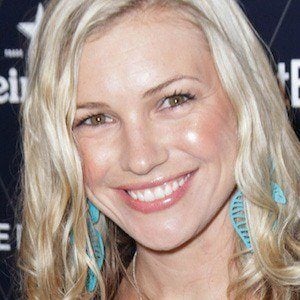 She began her acting career in as a child in 1997 on the series The Gift. While pursuing acting, she became certified as a counselor and worked in the Royal Children's Hospital cancer ward.

She starred as Alice in the 2010 film Blame which was shown at a number of prestigious festivals, including the Cannes and Toronto International Film Festivals.

Her mother is a musician and she grew up playing music. She has gained significant attention for her marriage to Kayne Tremills.

She appeared alongside Stefan Dennis and Matthew Werkmeister during her seasons on Neighbors.

Saskia Hampele Is A Member Of