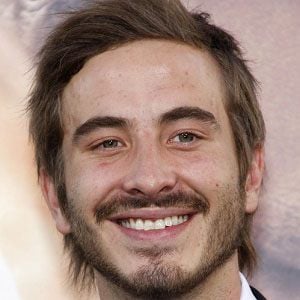 Australian actor best known as Coby Jennings in the television series Packed to the Rafter. He is also known for his roles in the film The Water Diviner and Holding The Man.

He was thirteen when he made his debut on screen for the film Opraholic and it wasn't much later that he had his first television role in The Sleepover Club as Matthew McDougal in a supporting role.

For his role of Gus in Not Suitable for Children, he won the Film Critics Circle of Australia Award for Best Actor in a Supporting Role.

He was born in Melbourne, Australia. He began dating Kyla Bartholomeusz in 2015.

He had a role in the 2006 film adaptation of Charlotte's Web, starring Dakota Fanning.