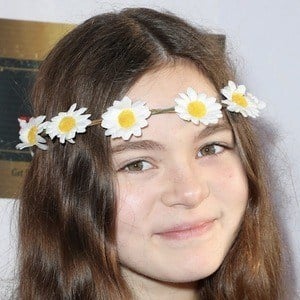 Actress who became known for playing Daniel Tosh's daughter in the series Tosh.0. She also had a guest role in the television series The Thundermans.

Beginning as a dancer, she expanded her talents in acting after taking several classes. She had her first credited role in the 2013 short film In the Pines.

In 2015, she placed 3rd in the judges pick at the VIP Dance Hollywood advanced soloist competition.

She can often be seen on Instagram with her mother, father, and two siblings: Kannon and Violet.

She appeared in Thundermans, which stars Kira Kosarin, Jack Griffo, and Addison Riecke.

Scarlett Hicks Is A Member Of