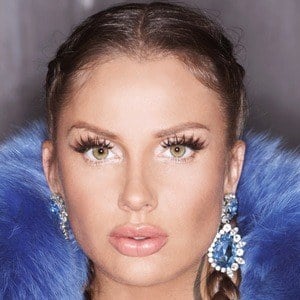 Polish hip-hop artist whose fame reached new heights when her debut album Kurwa made it to #11 on the German charts in 2015. Her follow-up Aywa hit the Top 30 in Germany, Austria and Switzerland in 2018.

She worked as a bartender when she was a teenager.

She's wildly popular on social media with over 500,000 Likes on Facebook alone.

She gave birth to a daughter named Aaliyah in January 2019.

Rapper Xatar signed her to his record label.

Schwesta Ewa Is A Member Of