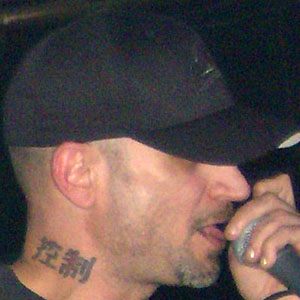 Rock vocalist best known as the frontman of the band Cold. The band's album 13 Ways to Bleed Onstage hit number one on the Heatseekers chart in 2000 and eventually went Gold.

He got his start as a member of the band Grundig while attending high school in 1986.

Hit Parader magazine named him as one of the Top 100 Heavy Metal Vocalists.

He has daughters named Raven and Cameron. His birth name is Ronald Ward, Jr.

He provided guest vocals for the Tony Iommi song "Something Wicket This Way Comes."

Scooter Ward Is A Member Of