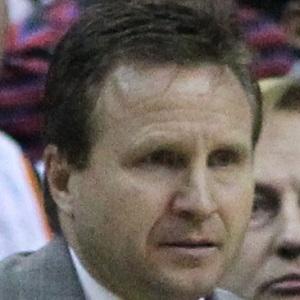 NBA head coach who led the Oklahoma City Thunder to the NBA Finals in 2012. He coached the Thunder from 2008 to 2015, then became head coach of the Washington Wizards in 2016. He previously worked as an assistant for the Sacramento Kings and Denver Nuggets.

He won an NBA Championship as a player with the Houston Rockets in 1994.

He began coaching superstar Kevin Durant on the Thunder in 2008.

Scott Brooks Is A Member Of