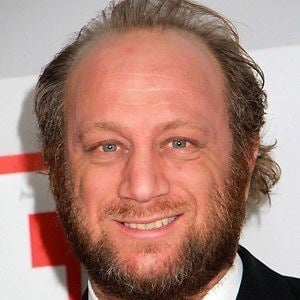 American actor and comedian who played memorable roles on Chuck and The O.C.

He attended University in Maryland, studying Communications and Journalism, and attended culinary school in Los Angeles.

He was also known for his stand up comedy, which he performed at venues such as famous Los Angeles club The Comedy Store.

He grew up in Washington D.C. with his parents, but they moved to Florida when he relocated to Los Angeles.

He played an Accuretta Executive in Transformers: Dark of the Moon, which featured Rosie Huntington-Whiteley as the female lead.

Scott Krinsky Is A Member Of