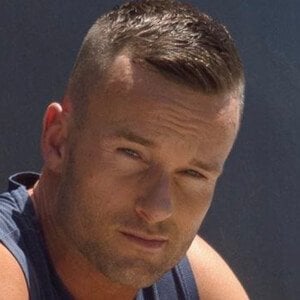 Fitness model and functional training specialist who incorporates parkour and calisthenics into his fitness routine, along with weight lifting. He joined Team Performix.

He first began weightlifting when he was attending Somona Valley High School. He was part of the school's football team his junior and senior season. He graduated from University of California, Santa Cruz in 2006 with a degree in business and a minor in accounting.

He started a personal training brand and grew his own clothing brand. His scott_mathison_ Instagram account has more than 460,000 followers.

He was born and raised in Sonoma, California. He became interested in calisthenics and exercising on bars after moving to Venice, California.

He and Yanyah Milutinovic both became part of Team Performix.

Scott Mathison Is A Member Of