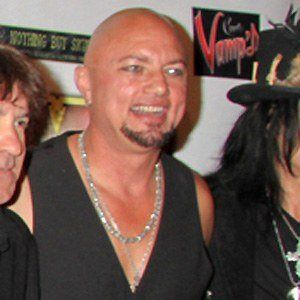 American drummer and composer who was nominated for a Grammy Award and has been a member of the Seattle metal band Queensryche, as well as the group Slave to the System.

He started learning to play the drums at age eleven and later formed the band, Cross+Fire, in 1980.

He founded RockenWraps, a company that supplies customized drum wraps for artists, in 2003.

He married Misty Rockenfield and the couple has three children.

He formed the band, Cross+Fire with Michael Wilton after meeting him at Easy Street Records in Seattle in 1980.

Scott Rockenfield Is A Member Of