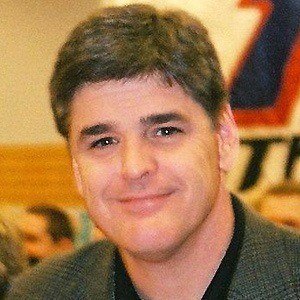 Conservative talk show host who has held regular spots both on radio and on Fox News. His programs include Al Franken: God Spoke and Hannity. In 2016, he came under fire for making unsubstantiated claims of election rigging.

He wrote the book Let Freedom Ring: Winning the War of Liberty over Liberalism.

He got married to Jill Rhodes on January 9, 1993 and they had two children together. In 2020, he and Rhodes divorced.

Sean Hannity Is A Member Of