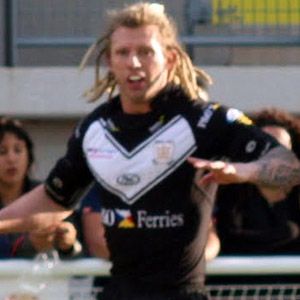 Renowned English scrum-half who won three Lance Todd Trophies after leading St. Helens to three Challenge Cup titles between 2001 and 2006. He was named to the Super League Dream Team in 2000 and 2006.

He attended Deanery High School before beginning his club career with Wigan in 1994.

He is famous for his controversial off-field activities, as is discussed in his 2009 autobiography "Longy: Booze, Brawls, Sex and Scandal."

He and his ex-wife Claire got divorced in 2011.

He and Paul Newlove both played club rugby for St. Helens.

Sean Long Is A Member Of