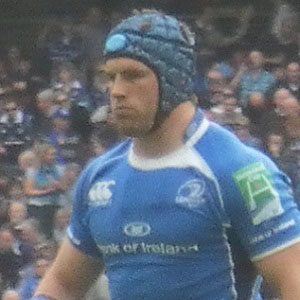 Irish rugby union footballer nicknamed "The Tullow Tank" who is known to rugby fans for his sheer size, strength and speed. He has represented Ireland at events like the 2011 Rugby World Cup and won the 2011 Heineken Cup Final with Leinster.

He was born in Carlow, Ireland and attended University College Dublin.

He was named the 2011 ERC European Player of the Year following his Heineken Cup Final victory with Leinster.

He has siblings named Stephen, William, Alexandra and Caroline.

He played with Rory Best on the Irish squad at the 2011 Rugby World Cup.

Sean O'Brien Is A Member Of