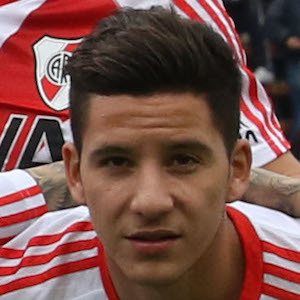 Argentine footballer who is best known for playing the position of striker. He is known for his association with the Zenit Saint Petersburg football club.

With a passion for the sport and a drive to succeed, he began playing on December 2, 2013, where he made his debut for River Plate as a starter in an Argentine Primera División. The match was against Argentinos Juniors and they won 1-0. His first league goal for the club came a year later when he scored in a draw against Unión de Santa on March 8, 2015.

As a player for the Argentina U20, he was awarded the honor of winning the South American Youth Football Championship in 2015.

As part of the Argentine national under 20 football team, he can be seen in relation to others who have played for the team including Sergio Aguero, Lionel Messi, and Pablo Aimar.

Sebastián Driussi Is A Member Of