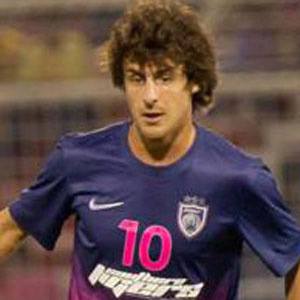 Attacking midfielder who played with the powerhouse Benefica club in Portugal and represented Argentina in several World Cups.

He spent most of the 2000s with Valencia, where he helped the team secure first place in La Liga, and second place in the UEFA Champion's League.

Internationally he began representing Argentina at the youth level, then scored the decisive goal to help Argentina qualify for the 2010 World Cup.

He was born in Río Cuarto, Córdoba.

Rui Cosa was another star for Benefica in the Portuguese first division.

Pablo Aimar Is A Member Of