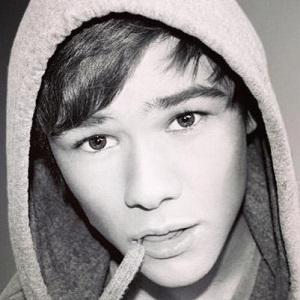 Popular web star who has earned over 30,000 subscribers to his YouTube channel. In his videos, he is proudly and openly gay; his most popular uploads include "Boyfriend Tag" and "Watch Us Kiss!"

He posted his first YouTube video, "Sebastian Rhodes Touch It Dance," in June of 2012.

In 2013, he launched a second YouTube channel dedicated to gaming.

A native of Wellington, New Zealand, he later settled in Perth, Australia. He grew up with a sister.

He has impersonated YouTubers such as Tyler Oakley in his videos.

Sebastian Rhodes Is A Member Of