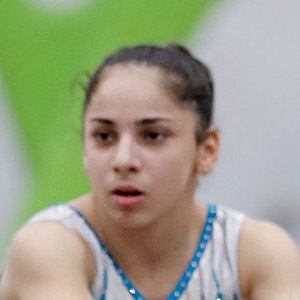 Competitive gymnast who caught the public's eye after becoming the 2014 Youth Olympic Games Individual All-Around champion. She went on to win a team silver medal at the 2016 Olympic Games.

She first began competing in the Russian National Championships in 2012.

She won a team gold medal at the 2016 European Championships.

Her father Gurgen was a 4-time world champion for the Soviet Union in sambo martial arts.

She shared the gold at the 2015 European Games with her teammates Aliya Mustafina and Viktoria Komova.

Seda Tutkhalyan Is A Member Of