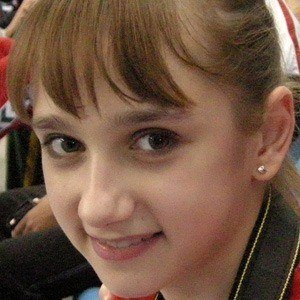 She began practicing gymnastics at age 4; at the age of 7 she started being coached by Gennady Yelfimov.

She was devastated to come in fifth place at the uneven bars final in the 2012 Olympics after hitting her foot on a bar.

Her mother, Vera Kolesnikova, was the 1986 Goodwill Games All Around Champion. She has a father and brother who are both named Alexander.

She posed for a picture with Russian president Dmitry Medvedev after the 2010 Summer Youth Olympics.

Viktoria Komova Is A Member Of