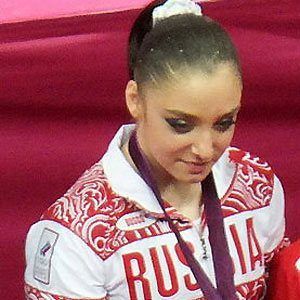 Russian Olympic gymnast who took the uneven bars gold medal at both the 2012 and 2016 Olympics. She has also won two silver medals and three bronze medals at the Olympics in the team, all-around, and floor exercise events.

She began her international gymnastics career at the age of 13.

She earned four medals at the 2012 Olympics, making her one of the most decorated gymnasts that year.

She has a sister, Nailya, who's competed on Russia's junior national team. She married Alexey Zaitsev in 2016; they gave birth to a daughter named Alisa in June 2017 before divorcing in 2018.

Her gymnastics team placed second in the all-around team gymnastics event to Gabby Douglas and the American team in both 2012 and 2016.

Aliya Mustafina Is A Member Of