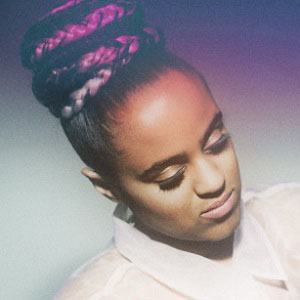 Famous for her debut EP, For Madeleine, and for her hit single "Younger," this Swedish soul and electropop singer and songwriter began her rise to fame in 2013.

In her late teens, she studied music at the Fryshuset youth center in Stockholm, Sweden.

She took to the stage at the 2014 Swedish Grammy Awards ceremony.

Born to a family of West African and Swedish heritage, she grew up in Stockholm and Halmstad, Sweden. Her father, Mawdo Sey, was also a notable musician.

Seinabo Sey Is A Member Of