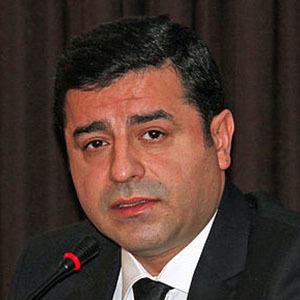 Politician who became a member of the parliament of Turkey in 2007. He became the leader of Turkey's Peoples' Democratic Party but was arrested and sentenced to 4 years and 8 months prison time in 2018.

He studied maritime commerce and management at Dokuz Eylül University.

He published a collection of short stories titled Seher.

He and his wife Başak Demirtaş had two children.

Both he and Recep Tayyip Erdogan were born in Turkey.

Selahattin Demirtas Is A Member Of