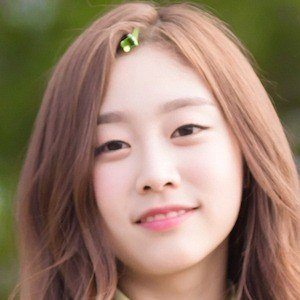 Korean pop singer known for being a member of the girl-group Lovelyz, where she goes by Jisoo. Early in her career with the group, she was the target of online harassment that eventually led to two people being arrested for defamation.

Prior to joining Lovelyz, which was formed in 204, she was featured on Korea's Got Talent.

The group has had success with their albums Girls' Invastion, Lovelyz8, and A New Trilogy, all of which have reached the top 10 of the charts.

She grew up in Incheon, South Korea.

She's danced for the band Infinite, whose members include Lee Sung-yeol.

Seo Ji Soo Is A Member Of