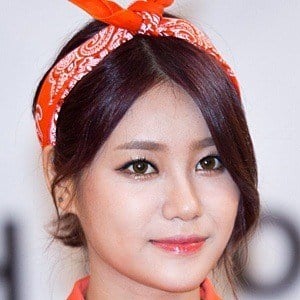 Idol singer and actress recognized as the lead vocalist of the girl group AOA. She also launched a solo career in 2013 and made her musical theatre debut that same year in Summer Snow Musical.

She began musical training at the age of seven when she started learning to play the piano. Then, at eighteen, she moved to Seoul to begin attending auditions.

In 2015, she starred as Park Yuna in the KBS web-drama Prince's Prince.

Her younger sister, Yuri, is a member of the girl group Berry Good.

She is a member of the AOA sub-unit Cream alongside Shin Hyejeong and Kim Chanmi.

Seo Yuna Is A Member Of