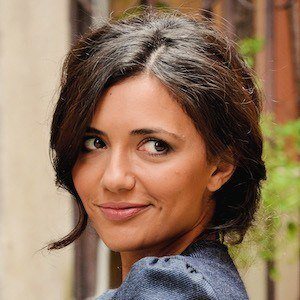 Actress who became a household name in Italy through her role as Carmen Catalano on the long-running soap opera Un Posto Al Sole. She has gone on to star on series like Squadra Mobile and voice Anna in the Italian version of Disney's mega-hit Frozen (2013).

She starred in the stage musical C'era una volta...Scugnizzi before making her debut on Un Posto Al Sole in 2003.

She has dated actor Davide Devenuto, with whom she has a son named Diego.

She appeared alongside Michele Cesari on Un Posto Al Sole.

Serena Rossi Is A Member Of