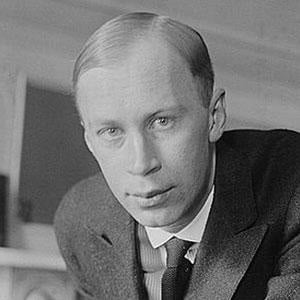 Influential 20th-century composer and master of several musical genres. He authored the ever-popular "Peter and the Wolf" from 1936.

His mother transcribed his first piano composition, an "Indian Gallop" written when he was five. He composed "The Giant," his first opera, when he was nine and later studied at St. Petersburg Conservatory.

He died on the same day that Joseph Stalin's death was made public, and the mourning that ensued over Stalin's passing prevented Prokofiev's body from being buried for three days.

He married Carolina Codina on September 29, 1923, but they separated in March 1941. He later married Mira Mendelson on January 13, 1948. He had two sons named Oleg and Sviatoslav Prokofiev.

He based "The Gambler" on the novel by Fyodor Dostoyevsky.

Sergei Prokofiev Is A Member Of