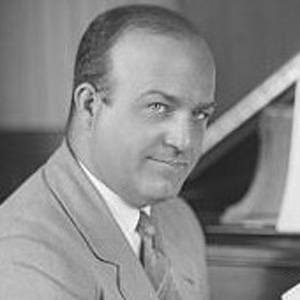 Composed music for many films and was Paul Whiteman's arranger from 1920 until 1932.

He held a variety of jobs, such as a milkman, truck driver, and an elevator operator.

He was nominated for an Academy Award for his musical score for the film Minstrel Man from 1944.

He married third wife Anna May Lampton in 1952.

He orchestrated Rhapsody in Blue by George Gershwin.

Ferde Grofe Is A Member Of