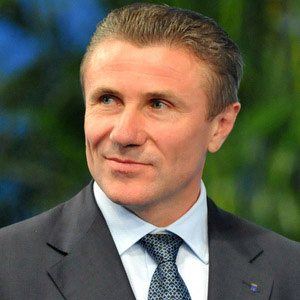 World record-setting pole vaulter who won a gold medal at the 1988 Olympics in Seoul.

He began his career as an all-around athlete, also excelling in sprints and long jumps.

He has a son, Sergei, who is a professional tennis player.

In 1991 he succeeded Michael Johnson as the Men's Track and Field Athlete of the Year.

Sergey Bubka Is A Member Of