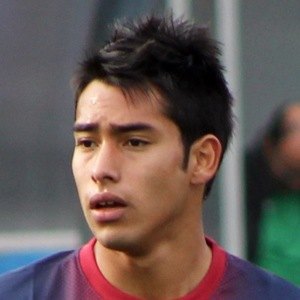 Striker who is famous for his international club career. He signed with Las Palmas in the Spanish Segunda Division in 2015 before being loaned to AEK Athens, who he won the Greek Superleague with in 2017-2018.

He began his soccer career in Boca Juniors' youth academy.

He helped lead Boca Juniors' senior squad to the 2011 Apertura tournament victory. He earned caps for Argentina's U-23 team in 2011.

He was originally born and raised in Neuquén, Argentina.

He has played alongside Panagiotis Kone for AEK Athens FC.

Sergio Araujo Is A Member Of