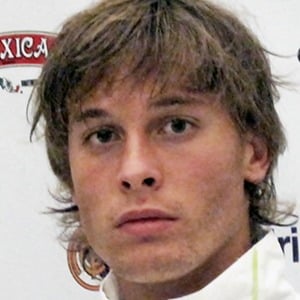 Professional Spanish footballer who is known for his association with the Real Sociedad club where he played as an attacking midfielder. He is also known for his appearances on the Spanish national teams ranging from the under 16 team to the under 21 team.

He first began his youth career playing for the club CD San Agustin in 1995. In 2001, he was picked up to play for the Racing Santander club through their youth program. He then continued to play and began his senior career in 2008 when he joined the Racing B club. In 2007 he began competing for Spains national team, beginning in their under 16 division.

He has received several awards and honors for his playing including the Cope del Rey in the 2010-11 season as a part of the Real Madrid club. He is also known for winning the UEFA European Under 21 Championship in 2013 as a part of Spains under 21 national team.

He was born and raised in Santander, Spain. His cousin Borja Docal is also a professional footballer.

Sergio Canales Is A Member Of